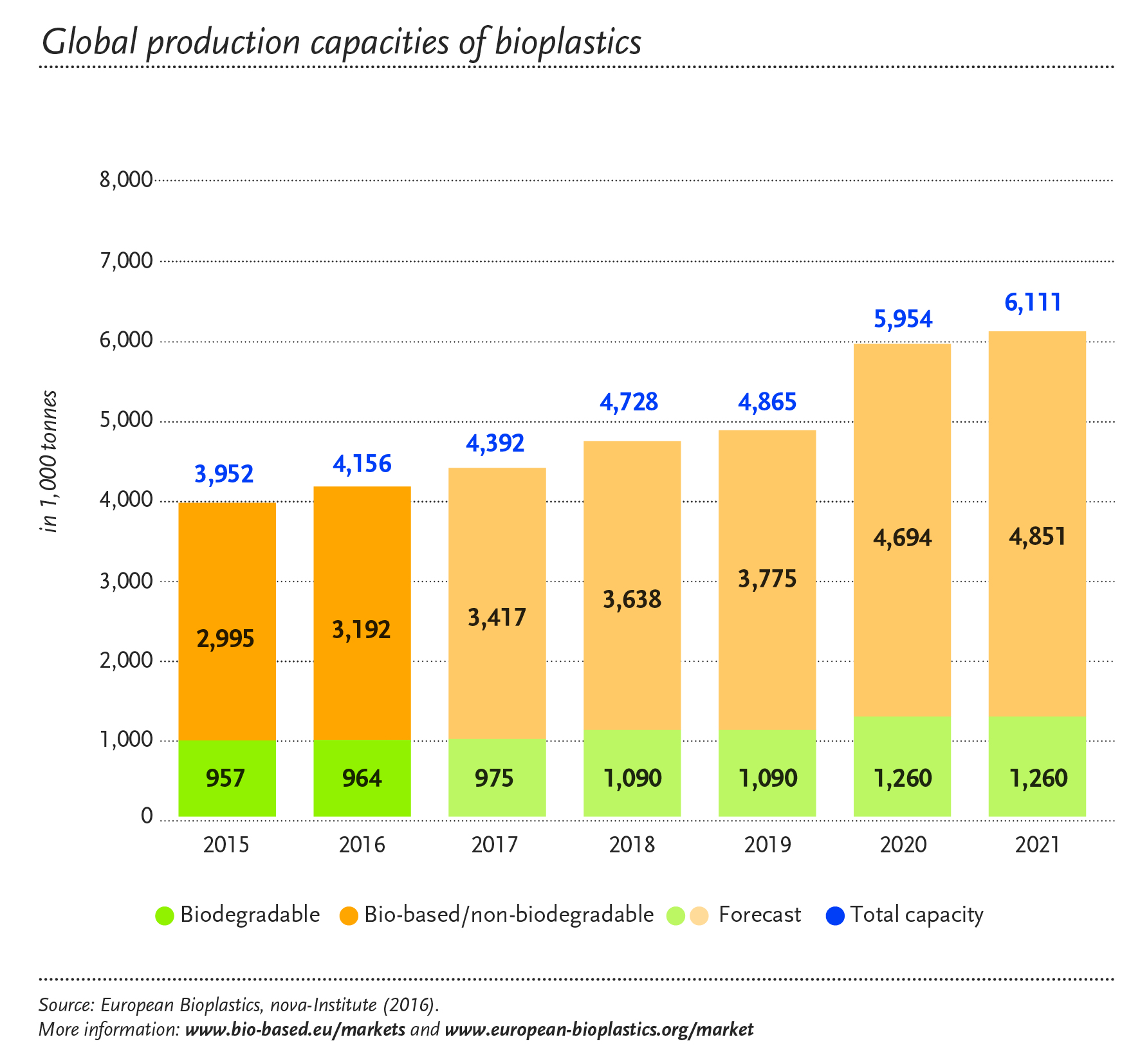 Bio-based, non-biodegradable plastics, such as polyurethanes (PUR)(*1) and drop-in solutions, such as bio-based PE and bio-based PET, are the main drivers of this growth, with PUR making up around 40 percent and PET over 20 percent of the global bioplastics production capacities. More than 75 percent of the bioplastics production capacity worldwide in 2016 was bio-based, durable plastics. This share will increase to almost 80 percent in 2021. Production capacities of biodegradable plastics, such as PLA, PHA, and starch blends, are also growing steadily from around 0.9 million tonnes in 2016 to almost 1.3 million tonnes in 2021. PHA production will almost quadruple by 2021 compared to 2016, due to a ramp-up of capacities in Asia and the USA and the start-up of the first PHA plant in Europe.

With a view to regional capacity development, Asia will further expand its role as major production hub. In 2021, more than 45 percent of bioplastics will be produced in Asia. Around a quarter of the global bioplastics production capacity will be located in Europe.