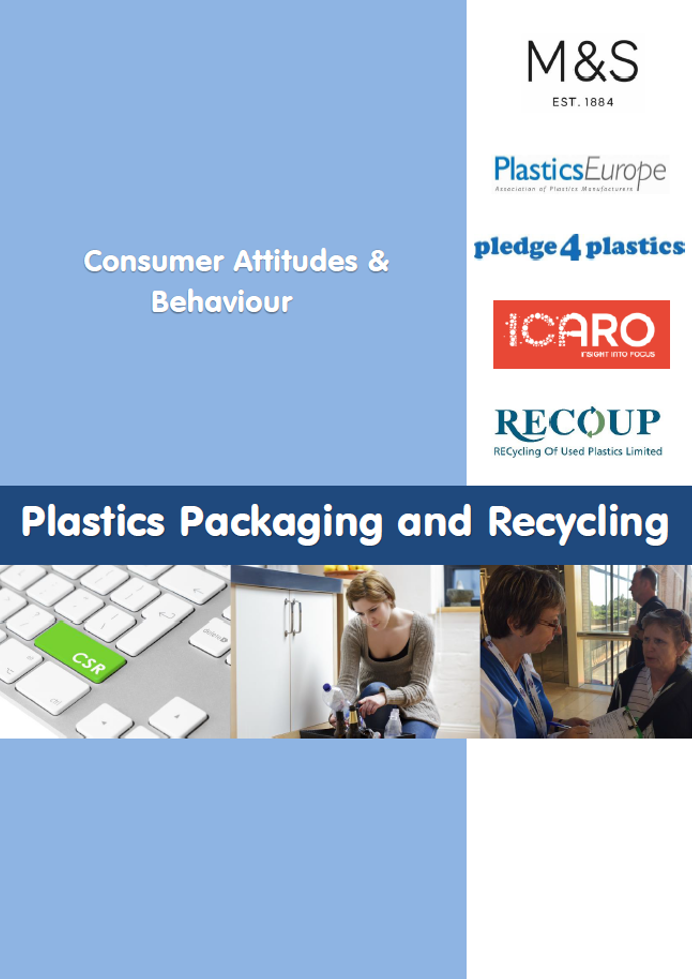 When asked why people don’t always recycle their plastics, the most frequently cited barrier was uncertainty about which plastics can and can’t be recycled (34%), which was the same top answer in a Pledge 4 Plastics consumer study in 2014. This points to the importance of Local Authorities being able to collect consistent materials and engaging consumers in effective communication programmes about what should be recycled, but it also points to maximising the use of schemes that are working effectively.

The On Pack Recycling Label (OPRL) scheme delivers a simple and consistent recycling message on both retailer and brand packaging to help consumers recycle more. The need for the OPRL is clear and ongoing, with the online and face-to-face surveys both finding the label is used often and remains a strong and well known consumer message.

The face-to-face survey found 79% of respondents use OPRL, with almost half of the respondents referring to the label often, and 67% found the label very useful. The results of the online survey were similar, with 65% stating they use OPRL, either very often, fairly often or occasionally. Comparisons with the Pledge 4 Plastics consumer study in 2014 show a moderate increase in the proportion who say that they use OPRL ‘very often’ – from 19% in 2014 to 24%.

Among the consumers who currently use ORPL, almost one in three (32%) use it frequently for most items. The other two thirds, by contrast, use it in particular situations – for example when they have multi-material packaging or if the item is not one that they have had before.

Other key barriers to consumer recycling include 16% not worrying about the odd thing here or there as they feel they do enough recycling, and 14% not wanting to rinse packaging in the house.

When asking consumers how acceptable or unacceptable they find how plastics were dealt with by their Local Authority, the Pledge 4 Plastics consumer study in 2014 found over seven in ten considered burning plastics for energy as an acceptable option, with less than half considering sending plastics to be recycled in other countries as acceptable.

In 2016, although there was far less acceptance of burning plastics for energy (53% online and 45% in the face-to-face survey), it was still considered more acceptable than sending it to other countries (45% and 39% respectively). Given that two thirds of UK collected plastics packaging is recycled overseas this is something that needs to be addressed.

There is a challenge in how to communicate and engage with consumers about sustainable activities in clear terms and with a practical call to action. There was a high number of consumers who had heard of sustainability and carbon offsetting in both surveys, with a good proportion of these feeling able to explain these terms to others. However, over 90% of consumers in the online survey hadn’t heard of the term Circular Economy. With the increasing use of new terms like this, these need to be communicated effectively and embraced to build sustainable living and businesses of the future.