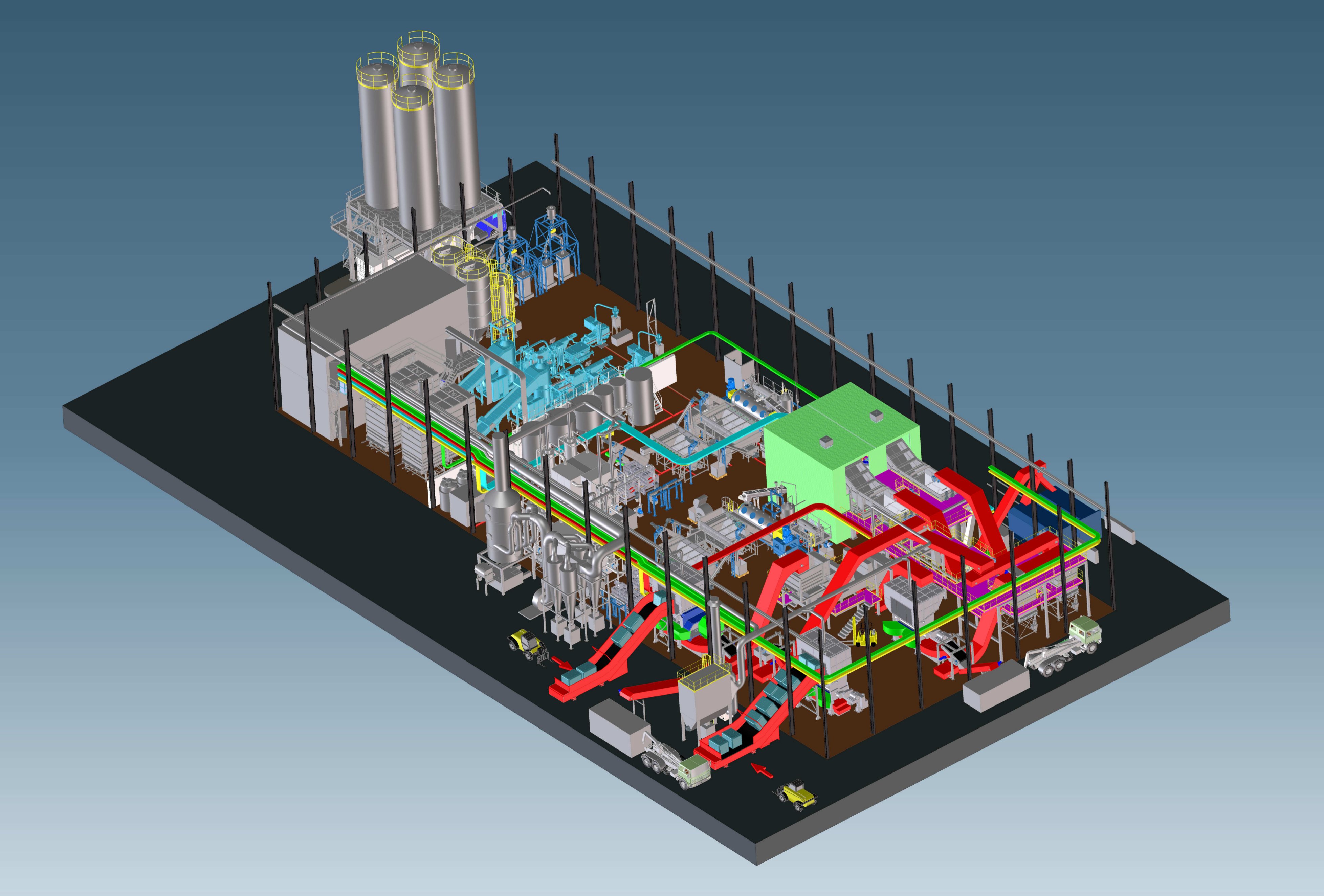 For the first project, the two lines will process, working in parallel, LDPE scraps with a total output of 2500 kg/h. The thermoplastic scraps mainly consist of baled blown films coming from postconsumer recycled packaging. In order to increase the flexibility of the plant, a group of conveyor belts enables the two shredders to feed alternately two buffers on the lines.

The decantation phase permits to separate the heavy objects and contaminants from the film whilst a pre-washing action removes other pollutants and dirt. The second high friction action is made during the wet grinding.

Turbo Washer and Friction Washer machines perform an intensive and continuous washing and rinsing action. The process washing water can be thermally adjusted and conditioned by chemicals/detergents to increase the cleaning efficacy. According to Amut the flakes are separated from water and conveyed to the centrifuge machine for the drying phase. A hot-air drier reduces the humidity value of the flakes and makes the material suitable for the extrusion processes.

For the other project, Amut will supply twin lines for washing and pelletizing of post-consumer plastic materials: the total output is 1500 kg/h of LDPE film or 4000 kg/h of PP or HDPE containers. The main advantage is the possibility of reclaiming either light or heavy polyolefins with the same machines one at a time. In the first decantation trough, the material is separated from heavy objects and contaminants and then conveyed in two parallel turbines for the pre-washing phase. The second high friction action is made during the wet grinding.

An intensive washing action is made by the Friction Washer where the flakes are continuously subject to a strong friction action followed by rinsing operation for further removal of residual impurity. The purification from residual heavy plastics and rinsing is completed by special centrifuge called decanter. The decanter performs also drying action. The supply includes an extrusion plant to complete the entire reclaiming process.

Geminor grows in a turbulent 2022