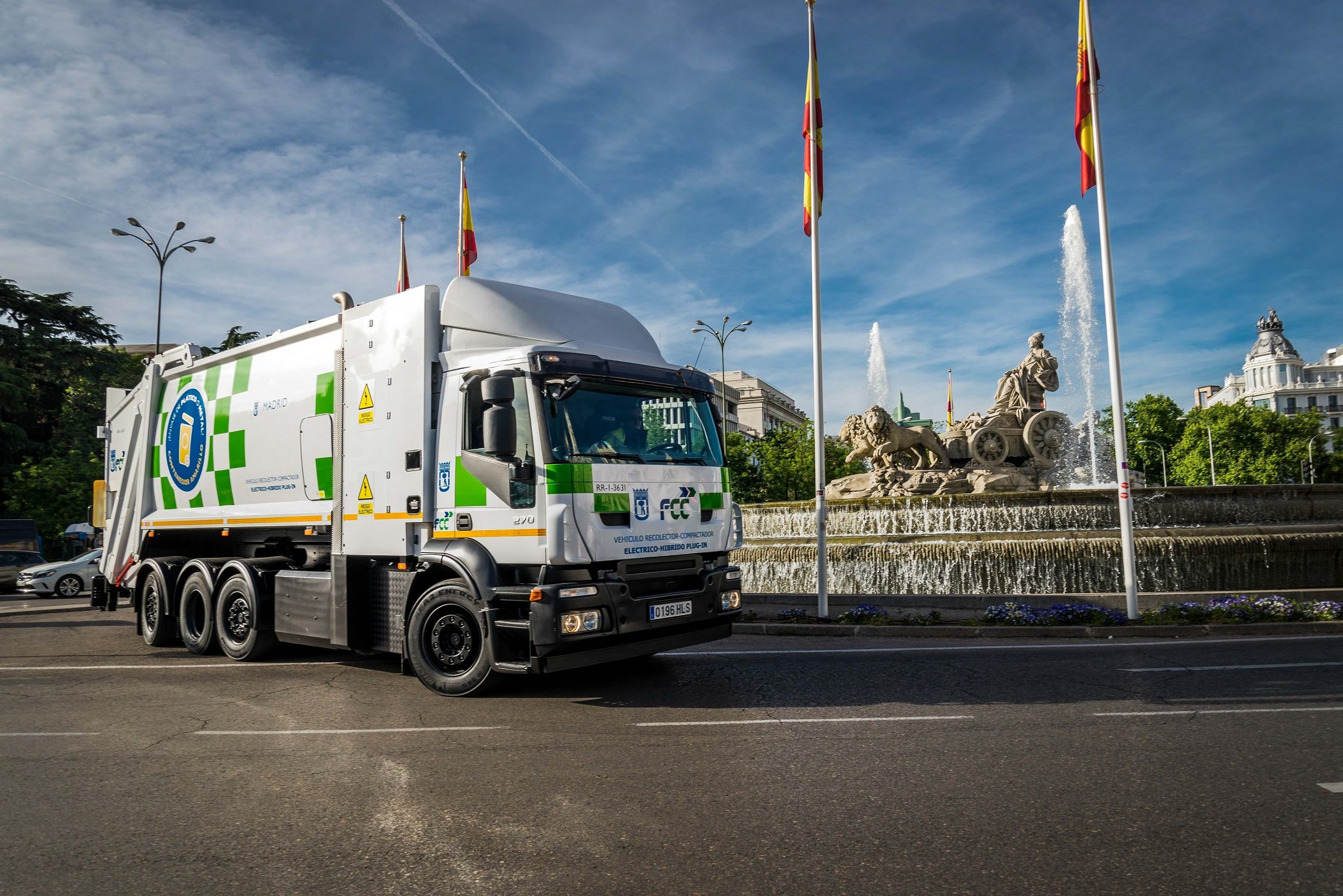 In 1974 the company developed and put into service the first electric powered lorry to collect solid urban waste. FCC Group’s environmental services area, known as FCC Medio Ambiente, currently has a fleet of nearly 12,000 urban service vehicles. According to FCC 550 vehicles in this fleet are either electric, hybrid or self-recharging electric with exclusive FCC technology.

The electric vehicle fleet provides a service with a lower environmental impact and achieves various fundamental advantages: it does not pollute, its emissions are zero referred to the energy consumed and sound emissions are within the lowest technically possible limit, especially during start-up, braking and in the use of the bodywork. FCC’s technology reaches these advantages without losing power or load capacity performance compared to a vehicle with a conventional diesel engine. According to the company it also delivers a higher energy efficiency since it provides a substantial energy saving of between 70 and 80% compared to internal combustion engines, which in turn means lower operating costs and increased service life.

Today, FCC Medio Ambiente is one of the world’s largest environmental services companies and has been undertaking its activity since 1911 when it was awarded the contract for cleaning and conserving the sewerage system in Barcelona, which it continues to provide. Since July 2016 in this contract, FCC has been using the first complete fleet of 100% electric vehicles with 13 sets of specialised machinery on heavy trucks, 28 sets of specialised machinery in vans, as well as an additional 15 vans. It is a clear practical case of eco-efficient engines, and an engineering project with electrical technology carrying the FCC stamp.

FCC’s research into electric vehicles is framed within the set of actions the Group has committed to in fighting climate change. These actions translated in 2016 into avoiding the emission of nearly 480,000 tonnes of CO2, increasing the use of alternative energies by 18% and generating 29% more energy from renewable fuels in its projects.