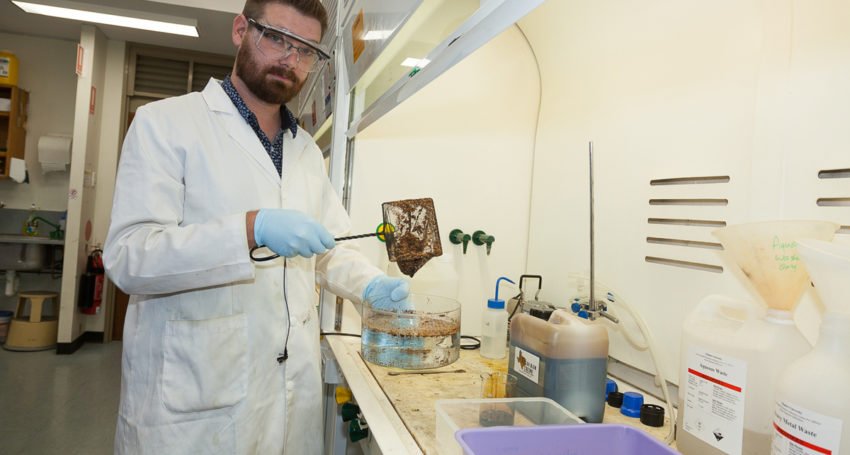 The fertiliser uses the waste canola oil and sulphur – a waste product from the petroleum industry – to form a degradable polymer coating to encase each fertiliser pellet. Dr. Justin Chalker and his team developed it at the Institute for NanoScale Science and Technology at Flinders University in South Australia.

Dr. Chalker said the food waste product could make an important contribution to the circular economy. “You can use it for frying up food and then you can use it again for something that’s used to grow more food,” he said. “We can control the release of the nutrients through the size of the particles we manufacture and the amount of the nutrient that we trap inside the polymer. What’s unique about our material compared to other slow release fertilisers is the material that holds in the nutrients is made entirely from waste and we show in this paper that it can degrade, which is important for the long-term persistence of this material whether it’s in potted plants or the environment.”

The testing on the tomato plants found the nutrients were released in a controlled fashion, resulting in less wasted fertiliser and better health for the plants growing in this soil.

A significant additional benefit of the polymer’s slow release qualities is that it prevents fertiliser runoff, which protects the environment, and greatly improves the efficiency of the fertiliser where it is most needed.

An estimated 50 per cent of fertilisers currently applied to crops are not used by the intended plants, due to leaching and runoff. Dr. Chalker said larger scale trials would now be conducted to see if a similar fertiliser could be produced for other crops such as grains.

He said the polymer could potentially be made from other plant-based oils such as sunflower oil or olive oil as long as they were unsaturated oils. “We did tomato plants initially because they are fast growing and they use a lot of nutrients so that was just a first step. This is the first application of these materials in plant science and crop science. What we’ve shown is these materials are excellent for preventing nutrient burn at the beginning of the growing cycle and you can control the release rate to match the plant needs, which is quite unusual, resulting in taller, greener, healthier plants.”

Dr. Chalker and his team have been developing polymers from waste cooking oil for several years and have also invented a product to remove mercury from contaminated soils and another to clean up oil spills. “If you want to have tangible impact where people are using your discoveries they really need to be made on-scale and they need to be able to be commercialised,” he said. “We hope that they’ll all be successful and we have active projects in all of these areas and applications so we will wait and see what the market pull and the appetite is for each of those applications.

“Our plan right now is to make something that is innovative and effective and then demonstrate it by publishing papers and filing patents so we can forge relationships with different partners who would either use it or want to manufacture it.”

This study is a collaboration between Dr Chalker, Associate Professor Michael Perkins, and several members of the Institute for NanoScale Science and Technology. The lead authors, Maximilian Mann and Jessica Kruger, are Honours students working in Dr Chalker’s laboratory. Key contributions were also made by Dr Tom Hasell at the University of Liverpool.

Ineos Styrolution has announced plans to build a demonstration plant at its Antwerp, Belgium, site to test production of ABS plastic from recycled feedstock.

EU Market for Polymers Under Pressure

There are no upcoming events at this time.

EU Market for Polymers Under Pressure