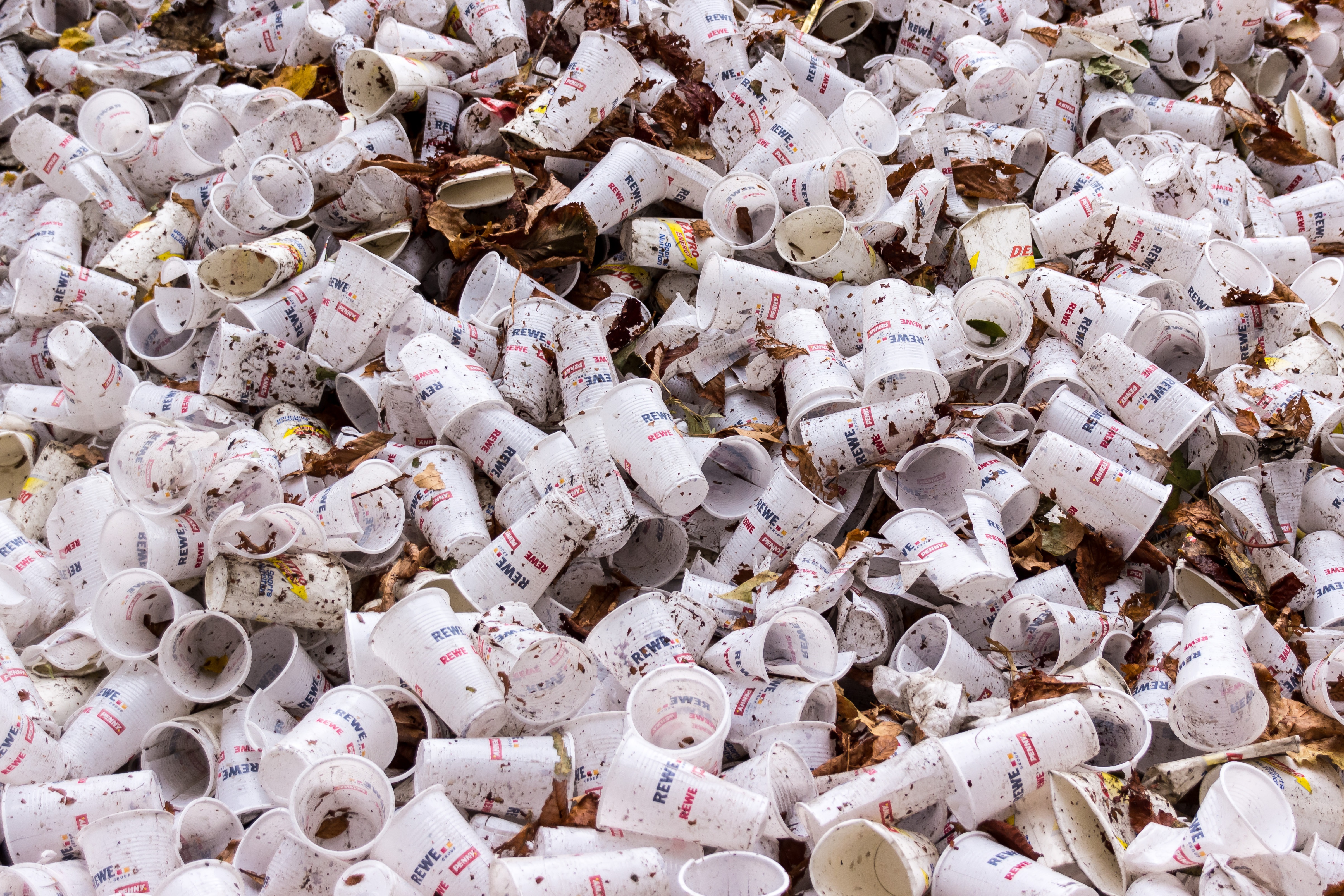 At a time of heightened eco-anxiety, with protester groups like Extinction Rebellion campaigning to raise awareness of the dangers of global warming, the coffee industry will need to work hard to reduce its emissions soon.

Though coffee is something many of us can’t dream of a life without, serious climate breakdown could actually make coffee farming a thing of the past, which is why we as an industry must tackle the many ways we contribute to global emissions. There are several distinct points during its lifecycle when a cup of coffee causes environmental harm, with the most significant involving coffee pods, coffee grounds and take-away cups.

Though these products can all be harmful to the environment, we’ve gathered research into the extent their impact can be felt and how the UK is beginning to tackle the most significant issues.

Over the course of a year, the UK produces up to 500,000 tonnes of coffee ground waste which is sent to landfill. This waste produces 1.8m tonnes of carbon emissions, equal to the weight of two of San Francisco’s Golden Gate Bridge. The biggest issue with this waste is that coffee grounds can have a number of uses after they’ve been used to make coffee.

Many independent coffee shops offer their used grounds to customers to be used as plant fertiliser. The nitrogen-rich grounds are perfect for nurturing healthy plants and being used as plant food will help reduce the amount of carbon emitted back into the air.

Brits litter an estimated 182.5 m take-away coffee cups a year. The British government also estimates that the amount of coffee cups sent to landfill would be enough to fill the Albert Hall or stretch across the planet 5.5 times. The major issue with coffee cups is that they are hard to recycle, meaning their single-use lifecycle is short but the product pollutes the earth for hundreds of years.

Some ways coffee cups are being improved include being made with bioplastic alternatives, such as PLA which makes them more recyclable and compostable. Bioplastics have a number of benefits, including producing as much as 70% less greenhouse gases when they’re made and using no unsustainable materials.

Reducing how many single-use coffee cups we use will also help tackle emissions. For example, if 2 million people in the UK reused their coffee cup just once a week, we could save 104 m cups from landfill. That’s 25% of the population of London or 3% of all people living in the UK.

Globally, 39,000 single-use coffee pods are produced, with 29,000 of these going to landfill. This adds up to around 41.7 m every year being sent to landfill or ending up in our oceans. The trouble with coffee pods is that, typically, they are made using highly recyclable materials like aluminium but the combination of other materials such as plastic makes them hard to recycle.

Most coffee pods need to be sent to specialist recycling centres to be properly recycled, with some coffee companies offering pickup services to their clients. However, sign-up for these services is low and most of the pods are sent straight to landfill or end up disrupting recycling streams.

Some companies are producing fully compostable or recyclable coffee pods which can help to reduce environmental impact. Pod coffee drinkers should aim to switch to compostable pods or research ways to recycle their pods in order to reduce the UK’s contribution to this issue.

While there are many issues with coffee production in the UK, it’s important not to forget that progress is being made. For example, there are 10 times more waste collectors taking single-use cups to processing plants in 2018 than there were in 2017. There are also 4,500 new recycling points around the country this year than last, showing a huge improvement in the government’s approach to the issues of single-use products.

Thanks to improved recycling in coffee stores and a more conscious effort by consumers, coffee cup recycling rates have gone up from 1:400 in 2016 to 1:25 in 2018. The Paper Cup Recovery and Recycling Group also have hopes that this number will improve to 1:12 by the end of 2019.

The UK has a long way to go over the next few years to tackle the biggest issues with avoidable waste and emissions but the government are recognising the public desire for better recycling. By targeting these major issues and making a combined effort to tackle them, the UK is much more likely to reach its zero-waste target in 2050.