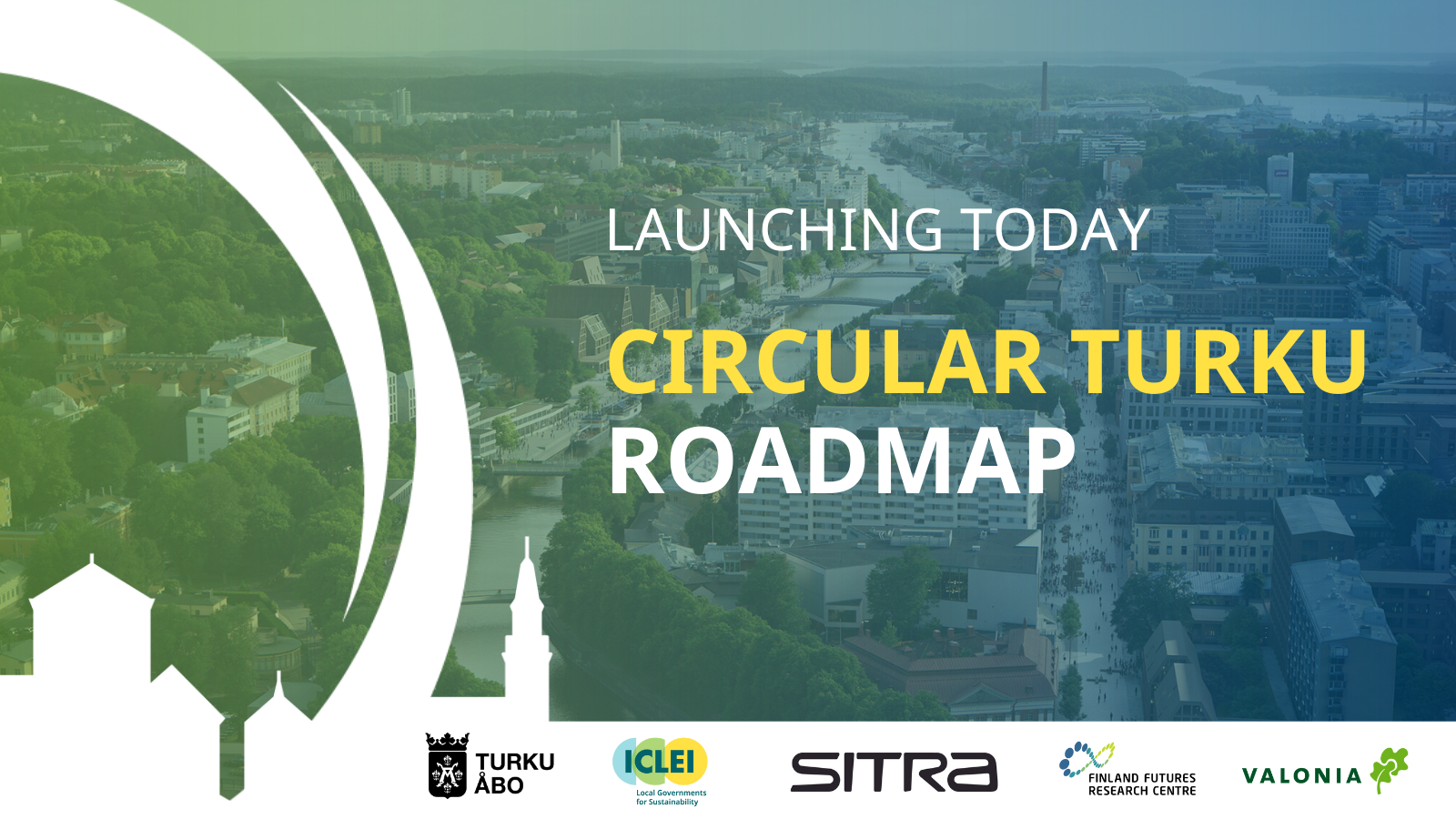 These interventions are gathered in the Circular Turku Roadmap, which complements a number of initiatives in Turku that already contribute to a more circular economy.

“Through Circular Turku, the city of Turku is hoping to create the enabling conditions for circular production and consumption systems that minimize emissions, resource extraction and waste all along the value chains” says Mayor Minna Arve. Turku is the first city connecting circularity to climate neutrality and aiming to address the emissions that result from local activities and consumption but occurring elsewhere (the so-called indirect or consumption-based emissions). “The circular economy represents a unique opportunity to address emissions systematically, in line with net zero targets, while still contributing to a vibrant local economy such as the one we have in Turku” continues Arve.

The roadmap targets five key sectors (food, transport and logistics, buildings and construction, energy and water) to identify interventions along ICLEI´s Circular City Actions Framework. These interventions were designed to support a transition to zero emission, zero waste and protect biodiversity, in line with Turku´s resource wisdom goals.
The Roadmap, which was approved by the city board on 22 November, also focuses on multilevel collaboration, including interventions that demand joint action at the regional and national level. “The value chains of different products and materials extend far beyond a city’s borders. It is important that we pay attention to the whole value chain and all possible stakeholders in order to identify actions that trigger real impacts” says Riikka Leskinen, from Valonia, Southwest Finland´s regional council for sustainable development and energy.

The Circular Turku Roadmap was also developed in parallel to Finland’s national strategic program “New directions”, which seeks to make Finland a society based on a carbon-neutral circular economy by 2035. The city of Turku was the Chair of the cities and regions working group that was formed to contribute to the development of the strategic program. “Finland has set brave targets to transition to a circular economy. A circular transition is urgently needed to halt biodiversity loss and solve the climate crisis. Cities have a key role as promoters, facilitators and enablers of a circular economy, and the city of Turku is a great example of this”, says Laura Järvinen, senior specialist at the Finnish Innovation Fund Sitra.

The Circular Turku roadmap is the first circular economy roadmap to include a social risk assessment for the planned interventions to ensure the Circular Turku transition is fair and inclusive. “For each of the five key sectors, we asked ourselves how the planned interventions could be designed to support equitable access to public services and infrastructure, how they could build on public participation early on in the planning process and how they could benefit the local workforce. The mapping of these risks can benefit other cities currently working on their circular economy plans” says Niina Ruuska, the project manager of Circular Turku.

“The Circular Turku Roadmap offers many learnings for local governments around the world, from engaging stakeholders in circular development planning to linking circularity to local climate plans“ says Gino Van Begin, Secretary General of ICLEI – Local Governments for Sustainability, which helped design the roadmap. “We look forward to continuing our collaboration with the city of Turku and Mayor Minna Arve in her role as Vice-President of ICLEI and Global Portfolio Holder for Circular Development to advocate for fair and inclusive circular transitions that contribute to carbon neutrality targets”.