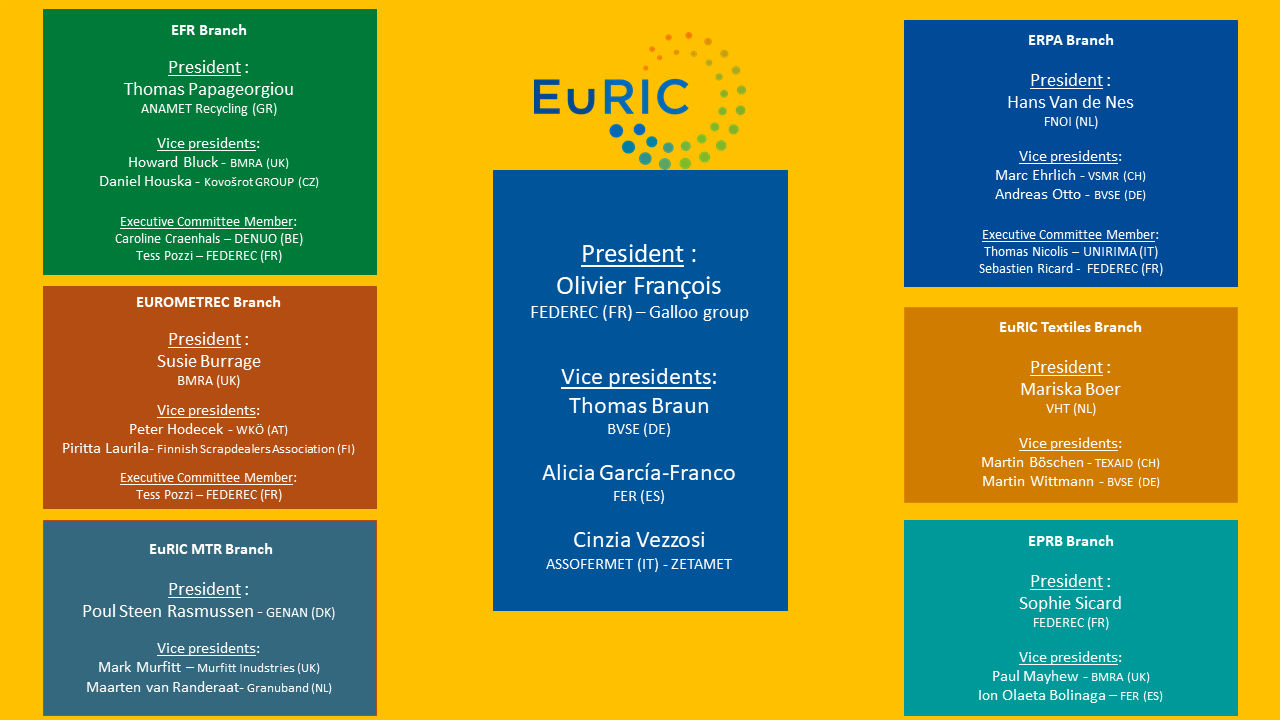 Olivier Francois (Board Member of FEDEREC) is Euric’s new President. He will be supported in his tasks by a solid team of Vice-Presidents composed of Thomas Braun (Managing Director of bvse), Alicia Garcia-Franco (Director General of FER) and Cinzia Vezzosi (longstanding Executive of ASSOFERMET and outgoing Euric President).

During these elections, the Vice-Presidents of all Euric Branches were also elected. All Executives have a robust track record in the recycling industry for the respective resource streams they will represent together with the Presidents.

Cinzia Vezzosi, outgoing President, thanked the Members for their immense contribution to the steady development of Euric and strongly welcomed the parity in the top leadership positions across the entire Board. “This is a sign that women in recycling is not only a motto but a reality Euric promotes at top level”, she said.

Olivier François, newly elected President, thanked Cinzia Vezzosi, for her leadership during which, despite the COVID-related crisis, Euric has steadily grown. Building on Euric authoritative role in advocating recyclers’ interests at EU level, I look forward to lead the representation of the recycling industry at a time where our sector is under the spotlight of policy-makers, he said. I am certain that the pragmatism, expertise and leadership embodied by Euric Board will play a key role in shaping a circular-proof legislation, pulling the demand for raw materials from recycling, speeding up the development of EU-wide end-of-waste criteria and opening new markets for circular materials, he concluded.

EEA: Looking for next Executive Director