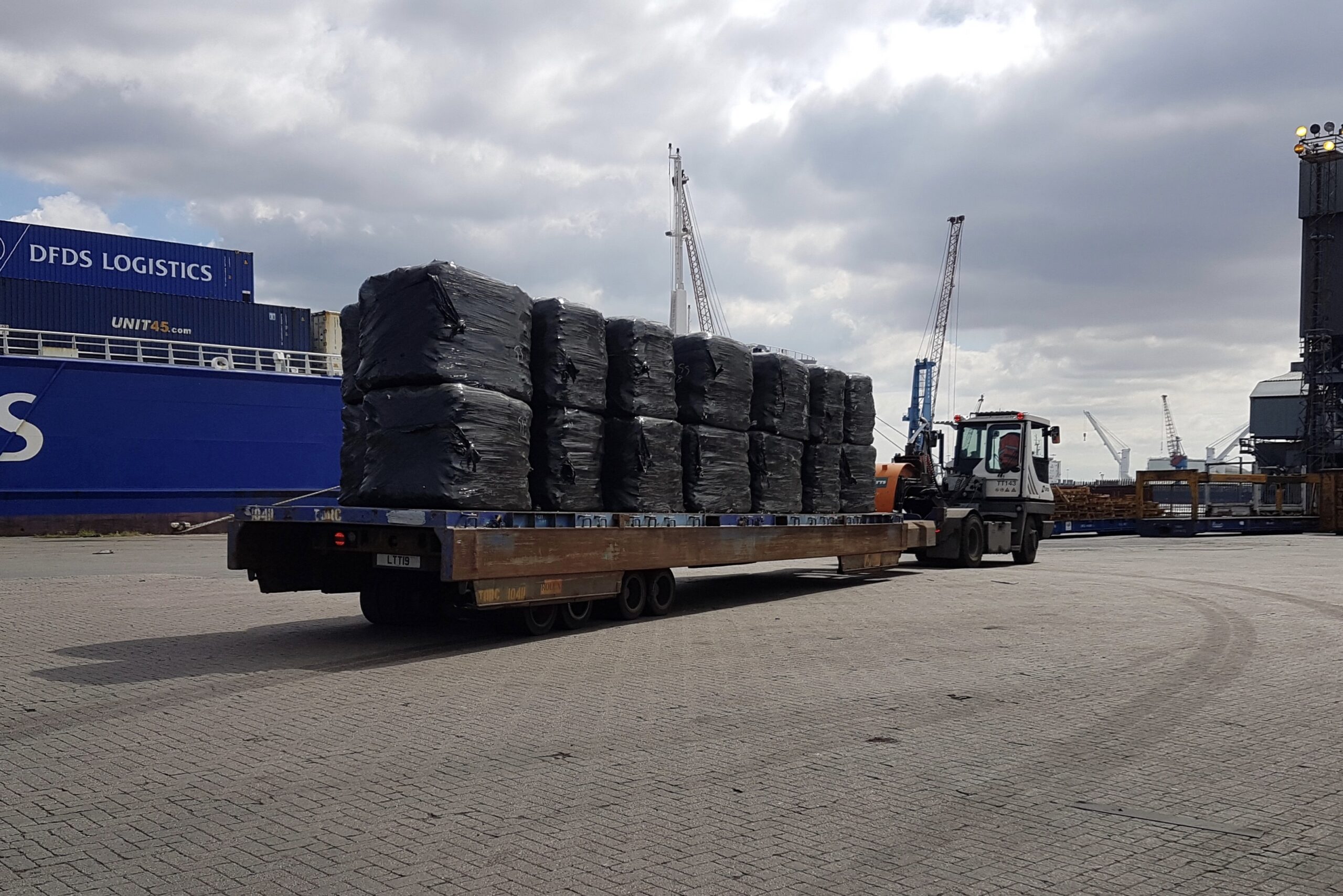 According to a report from Footprint Services, this is a reduction of 40 000 tonnes compared to March 2021. “We believe that the volume for UK export is close to bottoming out”, says Country Manager at Geminor UK, James Maiden.

Out of the 135 506 tonnes of secondary fuels reported recovered from England in March 2022, Geminor stood for 29 196 tonnes. According to the “RDF Activity Report” by Footprint Services, this constitutes 21,5 percent of the English export market in March, helping Geminor maintain its position as the biggest exporter of secondary fuels with an overall 13.8% market share, followed by Probio (10.7%,) Andusia Recovered Fuels (9.7 %) and Bertling Enviro (9,2 %), respectively.

In total, Geminor UK handled more than 42 000 tonnes of RDF and SRF in March, and exported more than 280 000 tonnes over the last 12 months, including shipments from Scotland, Northern Ireland and the Republic of Ireland.

The total monthly export from England in March this year is down by 40 055 tonnes compared to March -21, when 175 561 tonnes were shipped abroad.

„We have seen a considerable change in the UK market since 2018, when the annual export from England was just over 3 million tonnes. In practice, the export market this year is half of what it was five years ago“, says Country Manager Geminor UK, James Maiden.

„The internal market has grown rapidly and new offtakers are taking a bigger share of the domestic volumes. The new plants are also rigged for optimal capacity and in demand of low CV waste fuels, which has gradually reduced the share of these RDF streams for export. At the same time, COVID, BREXIT, and the ongoing transport challenges brought about by the war in Ukraine have made export more expensive“, says Maiden.

„The most recent market figures, in addition to feedback from our offices around Europe, make us believe that the decline in exports is starting to level off and that we are reaching a more stable English export market of 1 to 1,5 million tonnes annually“, says James Maiden.

Maiden explains that the volumes for exported secondary fuels registered this winter may still be uncertain.

„A more turbulent market and less export volumes from the UK is leading to more stockpiling of secondary fuels this season. Since export volumes are not registered in the Environment Agency datasets before the RDF is verifiably recovered, some of the shipped volumes are still not part of the statistics.“

„Our job now will be to secure the volumes of the right quality for offtakers overseas, but also for our offtakers within the UK“, says Maiden.