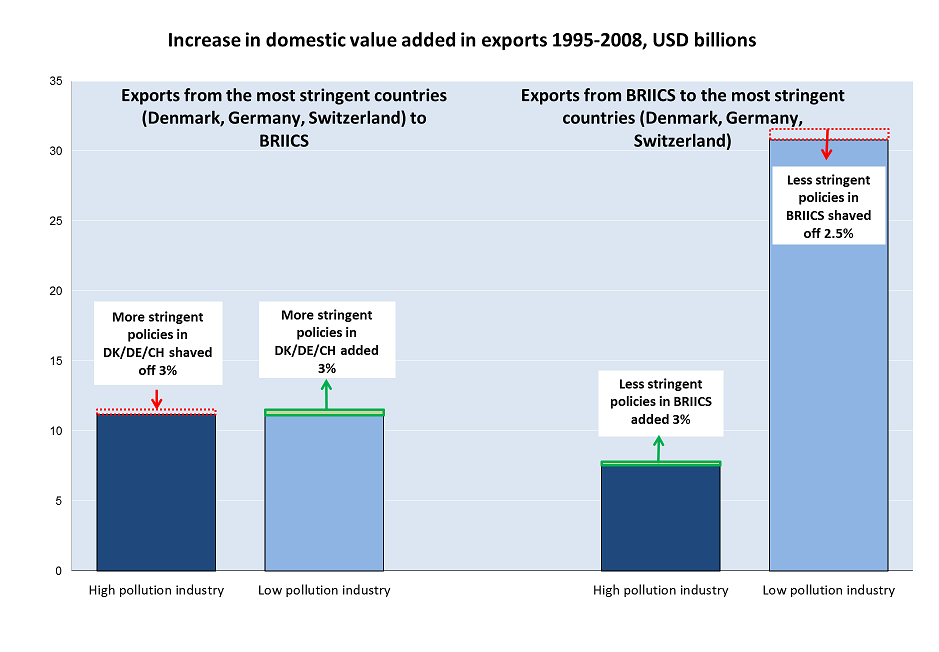 The findings suggest that emerging economies with strong manufacturing sectors like China could strengthen environmental laws without denting their overall share in export markets. High-pollution or energy-intensive industries like chemicals, plastics and steel making, whether in the BRICS or in Europe or North America, would suffer a small disadvantage from a further tightening of regulations, but this would be compensated by growth in exports from less-polluting activities.

“Environmental policies are simply not the major driver of international trade patterns,” said OECD Chief Economist Catherine L. Mann, presenting the study at the London School of Economics. “We find no evidence that a large gap between the environmental policies of two given countries significantly affects their overall trade in manufactured goods. Governments should stop working on the assumption that tighter regulations will hurt their export share and focus on the edge they can get from innovation.”