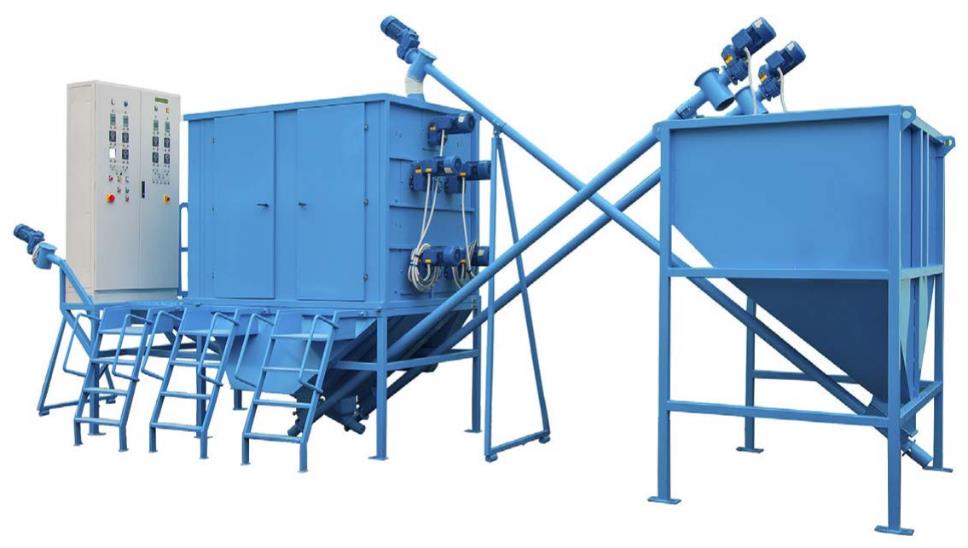 The ESS can separate residual fine copper (less than 0.1mm) in the plastic with close to 100% purity.

The capacity of the ESS plants ranges from 150 to 1350 kg/h. This corresponds to an infeed capacity of mixed copper cable of 250 to 2200 kg/h, which covers the whole range of Redomas’s cable recycling plants. Larger electrostatic separators with capacity up to 2000 kg/h are also available on request.

The Electrostatic Separation System was revealed at IFAT 2016 in Germany. “The ESS was a big success at IFAT in Munich. Our visitors were impressed by the effectiveness and output quality of the system, and were very surprised of the modest price” says Simone Lorenz Sjödahl, Sales and Marketing Manager at Redoma Recycling AB. “We also noticed the increased interest in cable recycling in general. The small Redoma systems were most popular among visitors from Eastern European countries, while the larger Eldan plants were most interesting among American customers.”

On January 1st 2016 Eldan Recycling has made a 100% acquisition of Redoma System from RETECH. Eldan is now the largest manufacturer of equipment for cable recycling. Together the companies have more than 90 years’ experience in cable recycling.