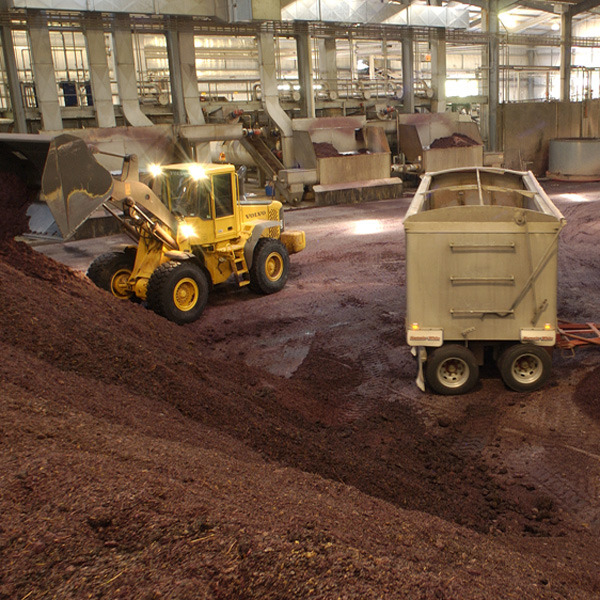 Tarac Technologies, headquartered in South Australia’s iconic Barossa Valley region, is Australia’s largest producer of high quality grape spirit, which it sells back to the wine industry or to beverage producers around the globe.

Established in 1930, Tarac has also become a driving force behind Australia’s booming craft spirits industry, and is used by many of the more than 50 boutique distillers around Australia.

He said the craft spirit industry in Australia was still very small but it was growing fast.

“We certainly see it as a small but growing and important market for us to support domestically,” he said.

“There are a large number of distillers who we are working with.”

“If you’re a small to medium-sized producer it’s very hard to do that consistently yourself,” he said.

“We are a company that supports the brands – we’re a name behind the brands and our approach is to work with the customers to develop exactly what they want because being a craft market, they all want something a little bit different.”

“Grape spirit is not just grape spirit. If you’re using it for a gin, for example, you need the highest grade,” he said.

“If you don’t have the very best quality, the flaws or the taints will come through in your end products.”

Despite the growth in the Australian market, Tarac exports up to 80 per cent of its grape spirit primarily to North America and Europe.

“We don’t always know what beverages our export products go into but a lot of it goes into brandy and the wine industry.

A taste for premium spirits is driving growth by value in Australia as consumers look to high quality and craft products. Despite their increasing popularity, locally owned and produced spirit brands, led by gin and whisky, account for less than 5 per cent of the market.

One of the latest distillers to release a gin featuring Tarac spirit is Barossa Distilling Company, which launched the wine region’s first craft gin in July.

He said up to 80 per cent of Australian gin companies were using Tarac spirit as a base.

“To have that quality of spirit right on our doorstep makes things phenomenally easier.

“You can go down the route of doing it yourself but you’re not going to produce a better product.”

Bullock said the new gin had been “incredibly well received” prompting the distillery to work on a second product – a spring/summer seasonal – which will be released in the coming months.

“We’re delighted to be in some of the hippest cocktail bars in Sydney, Melbourne and Adelaide and we’re beginning to stretch further afield now,” he said.

“When those guys want it on the bar you know you’ve got a good product.”

South Australia is consistently responsible for more than 50 per cent of Australia’s annual wine production.

The Barossa Valley is the best known of the state’s 18 wine regions and produces world-renowned brands such as Penfolds Grange, Jacob’s Creek and Wolf Blass.

Tarac uses a closed loop system where it is able to repurpose 90 per cent of grape industry waste. It also produces grape juice concentrate and processes solid residuals and filter cake to make a range of products including tartaric acid, which is a natural product from grapes used in the wine, food, pharmaceutical and chemical industries, soil conditioner for broad acre farming and stock feed.

“By us managing the wine industry’s residuals we deal with what would otherwise be a significant problem and an expensive problem for the industry to deal with,” Blanks said.

“We also run a very large wastewater treatment facility next to our production plant in the Barossa and that takes all of our production wastewater and cleans it up and that comes back to us for process water or is sold for irrigation.

“Because we have so many different products and they all vary in terms of their supply and demand dynamics we are constantly having to work on and balance what we are producing against what we can sell.”