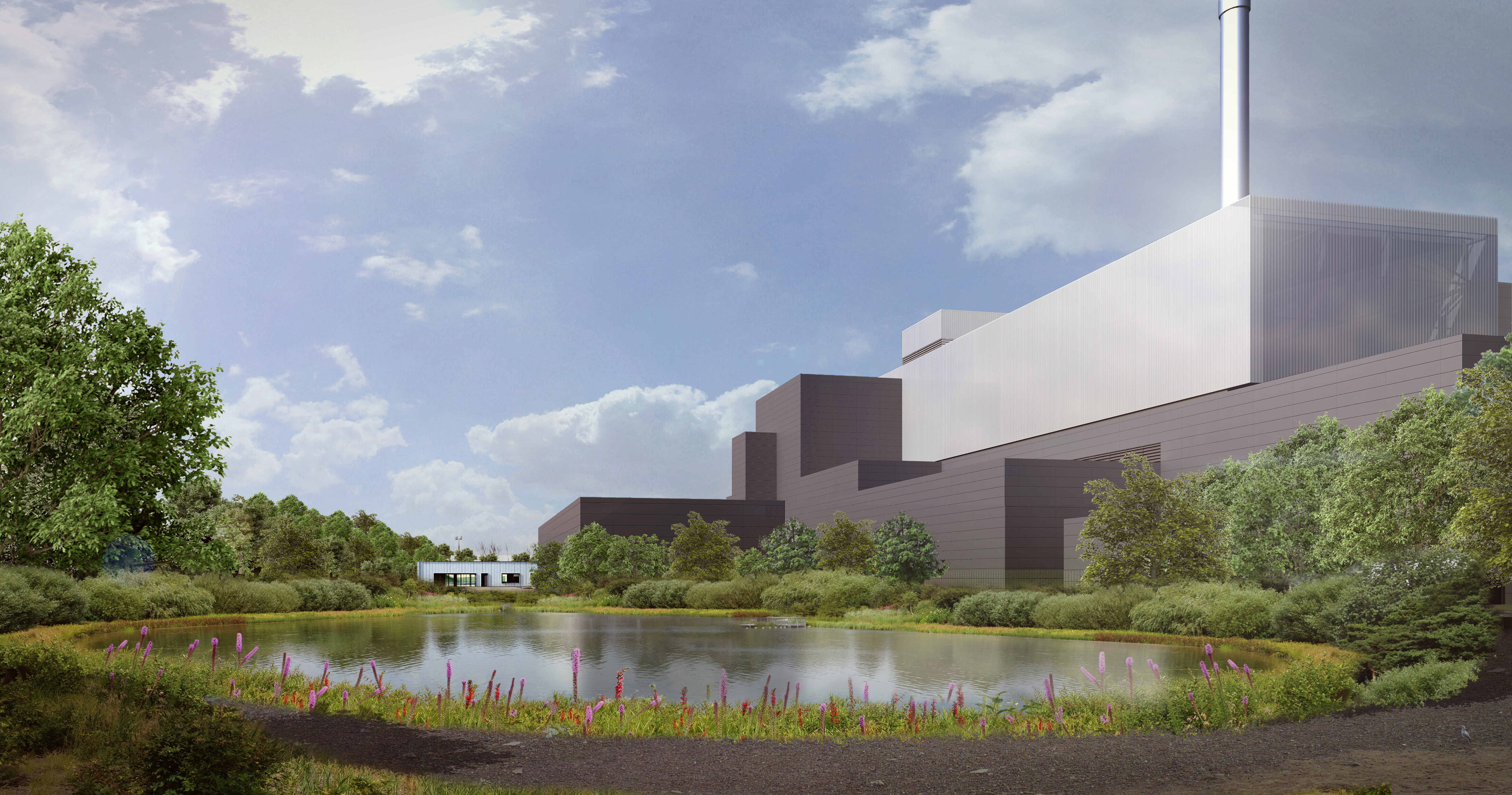 A new energy-from-waste (EfW) plant is to be built at the site of the Millerhill Zero Waste Parc, in Midlothian on the outskirts of the Scottish capital, Edinburgh. The contract for the turnkey facility, which is based on HZI’s in-house combustion and flue gas treatment technologies, has been awarded to a Joint Venture consisting of Hitachi Zosen Inova and the Spanish FCC Medio Ambiente S.A..The EfW plant has been procured by the City of Edinburgh and Midlothian Councils under a public-private partnership arrangement with FCC E&M Ltd, a subsidiary of FCC Environment (UK) Ltd. (FCC), in order to divert waste from landfill as targeted in Scotland’s Zero Waste Plan.

The plant will handle around 155,000 tonnes of non-recyclable municipal solid waste from the Scottish capital and the surrounding Midlothian Council area every year, and will be capable of supplying electricity up to some 32,000 households. The delivered waste will be mechanically pre-treated in order to separate ferrous and non-ferrous metals for recycling.

Another important installation is the HZI XeroSorp® system, a dry flue gas treatment system, which has been in use in various plants all over Europe before. The system allows increasing the recovery of valuable thermal energy that is used for electricity production, while at the same time the water consumption of the plant can be reduced.

Construction has been started and commissioning expected to be carried out by the end of 2018.