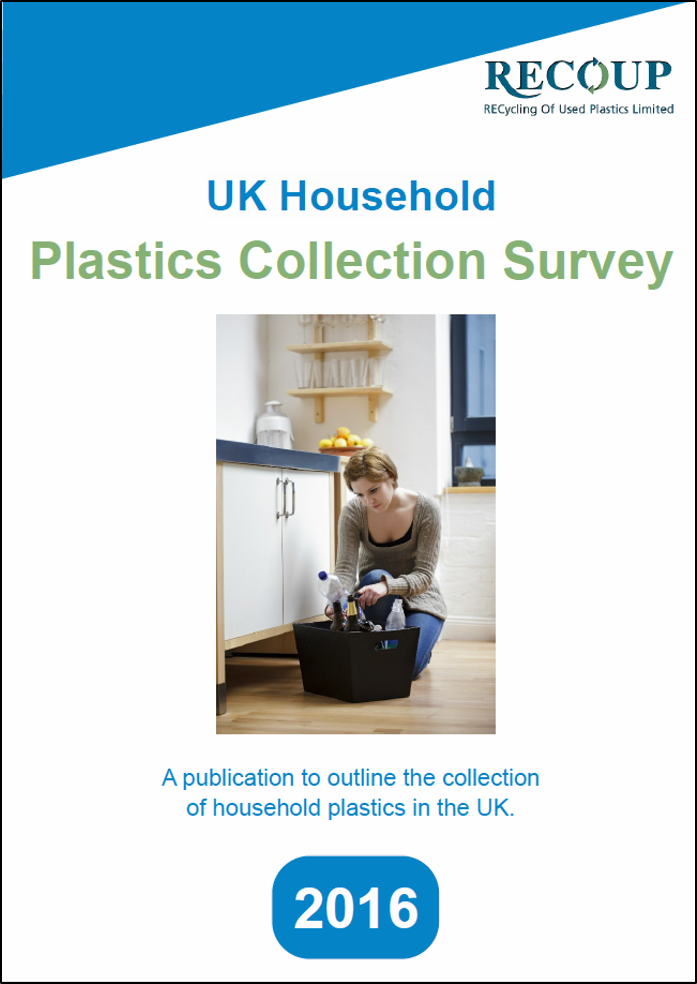 Author Steve Morgan commented: “RECOUP had hoped to report that more than half a million tonnes of plastic packaging was collected for recycling from UK households in 2015, but collection level increases have slowed”.

The quantity and quality of the material from the collection systems needs support and funding, and with ongoing budget restrictions this could be harder to achieve. Tough questions continue to be asked as to whether Local Authorities can save more budget after several years of progressive cuts. Creating more efficiencies have to be prioritised to deliver core local services without reducing quality of service below acceptable levels.
Morgan commented: “The positive benefits of joint working appears a logical step to provide cost savings, practical benefits, and value for money – pooling resources, equipment, knowledge and expertise, ideally through centralised contract procurement all seem to hit the spot.”

There have been many treatment techniques and technological advances in the waste and recycling sectors in recent years, which are increasingly providing opportunities to recover and use residual waste that would otherwise go to landfill. The 2016 Survey found there was a comprehensive knowledge of the treatment of residual waste collected by Local Authorities, with 97% stated they knew about the treatment of the waste.
Reported destination of residual waste – 34% to landfill, 34% to EfW, 16% to RDF and 16% to recycling. It was unsurprising that landfill and EfW were the highest destinations for residual waste. The recycling result in particular raises many questions, and RECOUP are interested in gaining an understanding about the end destinations of this material and how this fraction is reported.

A new EU circular economy package was announced in 2015, and It remains unclear whether this package will be agreed and adopted for the EU, let alone if the UK will adopt any package and how formal this agreement will be. The proposed EU target of 75% of packaging waste by 2030 and an overall plastics recycling target for 2025 of 55% presents significant challenges throughout the packaging supply and recycling sectors.
Plastic recycling in the UK is in transition. Company acquisitions, wider collection system reviews taking place including work on consistency, packaging itself under scrutiny, and a continued lack of investment in consumer education are all contributing factors. DEFRA recognised the need for additional time to install and improve the necessary infrastructure alongside changing recycling behaviours by extending the targets set from 2017 to 2020, and that now needs to happen.

The proposed EU targets represent a significant shift in Europe to develop sustainable, resource efficient, and circular economies. Many believe the UK has benefited on an environmental and waste basis from being in the EU and now there is a real opportunity for the UK to underpin the foundations which will allow plastic resource efficiency and recycling to grow for the next decade or more.

Morgan commented: “If a circular economy package is seen as a good idea, the UK and devolved governments need to ensure a robust strategy is not just implemented but also financially backed, and the decisions taken over the next year could have a big impact on the resource and sustainability ambitions for the UK for many years to come”.

The report is available at no cost on the RECOUP website.