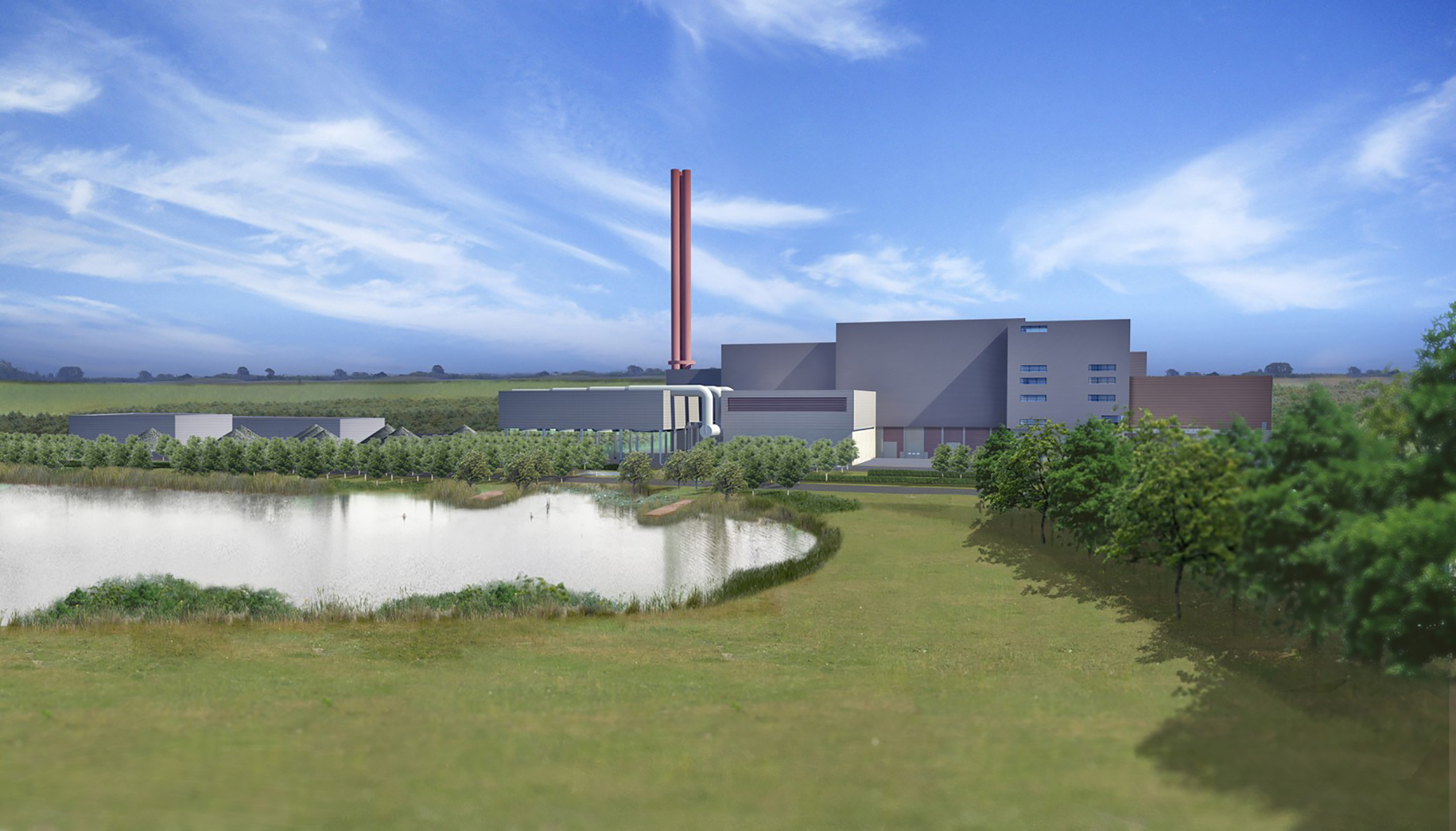 The signing of the contract on 21 March 2019 signals the next step in the construction of a new Energy from Waste (EfW) plant in Bedfordshire around 100 kilometers north of London. The Rookery South Limited operating company, jointly owned by Covanta, Green Investment Group and Veolia, has granted the contract to Swiss cleantech company Hitachi Zosen Inova (HZI), building on a partnership going back to earlier joint projects. HZI and Veolia can look back on the successful delivery of the Newhaven project in 2011, while HZI built the Poolbeg plant in Dublin, which went into operation in 2017, on behalf of Covanta. “We are pleased to continue our partnership with Hitachi Zosen Inova for the construction of the Rookery South Energy Recovery Facility,” said Covanta Senior Vice President of Engineering and Projects Anne Michelini. “Following our recent success in Dublin, Ireland where we partnered to build a world-class Energy from Waste facility, I’m confident of our ability to achieve similar results with the Rookery project.”

Rookery South is already the Swiss company’s eleventh project in the UK. With an overall waste throughput of up to over 3.9 millionmetric tons a year in the future, HZI’s EfW installations are already crucial to the UK’s sustainable waste management efforts. “Over more than a decade, the UK has become a particularly important market for HZI with an awarded waste capacity of almost the total capacity of smaller European countries such as Switzerland”, says Andres Kronenberg, Chief Business Development Officer at HZI. With three combustion lines processing around 545,000 metric tons (585,000 t max.) of mixed municipal and commercial waste annually, the Rookery plant will play an active part in the UK’s endeavors to reduce or eliminate the need for landfill and exports of refuse and, will therefore play a role in reducing of the UK’s greenhouse gas emissions. During the process the installation will also generate more than 60 MW of electricity energy, which will be fed into the national grid to increase the benefits to society even further. “The Rookery project adds major value for all concerned. It’s a boon not only for the UK’s waste management and energy, but also for us as a general contractor, as it underlines the trust, our clients and partners have in HZI”, says Andres Kronenberg, emphasising the relevance of this latest project.

The scope of supply for the turnkey plant also covers the entire building construction. The first engineering tasks, and initial work on the site, are already in full swing. For example, preliminary work such as the construction of a pond to prevent flooding was initiated several months ago. Access roads are already open, and additional planning work to ensure safety and efficiency has been done to enable construction to begin as soon as the contract is signed.

The local economy will also benefit: over the next 39 months several hundred people will be working on the plant simultaneously at peak periods. Efforts to hire local people for various phases of the construction are also at an advanced stage. When the plant will go into operation in 2022 another ca. 60 long-term jobs are planned to operate and maintain the installation.

The European plastics recycling industry has been severely impacted by the...