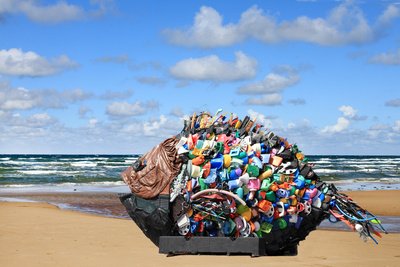 The decision was hailed by the vast majority of the 187 nations present as well as by the Convention’s environmental watchdog organization — Basel Action Network (BAN) along with other civil society groups in attendance, as a breakthrough for environmental justice and an ethical circular economy.

“Today we have taken a major first step to stem the tide of plastic waste now flowing from the rich developed countries to developing countries in Africa and Asia, all in the name of “recycling”, but causing massive and harmful pollution, both on land and in the sea,” said Jim Puckett, Director of BAN. “A true circular economy was never meant to circulate pollution around the globe. It can only be achieved by eliminating negative externalities and not just thrusting the harm on developing countries.”

For many years, China imported the lion’s share of the world’s old packaging, and other plastic scrap. The imports however were contaminated and difficult to recycle resulting in these wastes polluting vast areas of Chinese territory. On January 1 of 2018, China banned the import of these wastes with a new policy known as “National Sword”. Since then, the waste trading industry, represented in large part by the Institute of Scrap Recycling Industries (ISRI) redirected many thousands of container loads of plastic waste from Europe and North America to Asian countries, such as India, Thailand, Malaysia and Indonesia forcing these countries to try to rapidly prohibit the imports
At the meeting, the United States, while not a party to the Convention, worked with Argentina and Brazil to scuttle the agreement in support of ISRI and the Plastics and Chemicals industries present. Their efforts however were rebuffed and the decision was adopted by consensus.

“The fact that the US will no longer be able to use the rest of the world as a plastic waste dump is a very significant victory for the environment and global justice,” said Puckett. We hope that this will signal a new era of dramatic reduction in plastic use, particularly with single-use, and unnecessary plastic products, while creating a major incentive to expand US national infrastructure for environmentally sound recycling for their own domestically created wastes.”