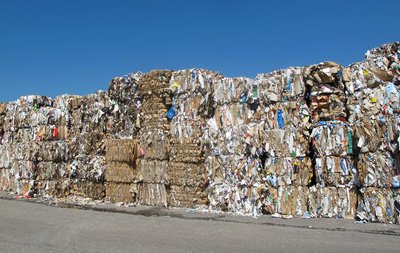 ERPA points out that the paper recyclers in Europe continue to face major regulatory and economic obstacles that hamper recycling and threaten their business activities.

ERPA points out that the recycling rates for paper in Europe are steadily high over 70 per cent. However, it also says that there is an oversupply of 7 to 9 million tons. Until 2017, most of the oversupply was exported to China. EPRA criticizes that the Chinese’ import restrictions are based on „levels of impurity which are disproportionately low and discriminatory since no standard method to measure them is in place“. This would leave operators in a constant state of legal uncertainty as to whether shipments are compliant. „As a result, recyclers are constantly facing inspections carried out on the basis of checks whose rules of compliance are largely unknown with the risk, financially prohibitive, of shipments being rejected and returned whenever the above-mentioned acceptance criteria are not met“, ERPA states.

It further says that the absence of end-markets for such a large amount of recovered paper has resulted in a sharp decline of recovered paper. According to EPRA, the market price is 300 per cent lower now than it was two years ago. „The paper recycling sector is currently in a crisis situation with an increasing amount of companies active in paper collection and recovery which are ceasing to operate on a temporary of permanent basis, which is at odds with the objective of moving towards a more circular economy“, ERPA says. It further claims that the current situation jeopardizes the entire recovered paper collection value chain.

Therefore, ERPA sees the need for urgent measures in Europe. Additional capacities by the paper industry are considered as a very positive signal, but EPRA indicates that the building of new capacities need time and won’t be sufficient to close the gap between supply and demand.

Therefore, ERPA demands firmer actions by European and national authorities to prevent the implementation of trade restrictions based on discriminatory and disproportionate criteria. The association also demands an EU wide end-of-waste criteria for paper based on EN 643, better eco-design to ensure that paper can be recoverd in all products and a substantial increase of financial contributions to companies involved in the collection and recovery of waste paper falling under EPR scheme. Other demands include measures and incentives to boost the demand of products containing recycled paper fibers and investment in digitalisation.

Brits are spending 54 Hours a YEAR trying to recycle

Brits are spending 54 Hours a YEAR trying to recycle