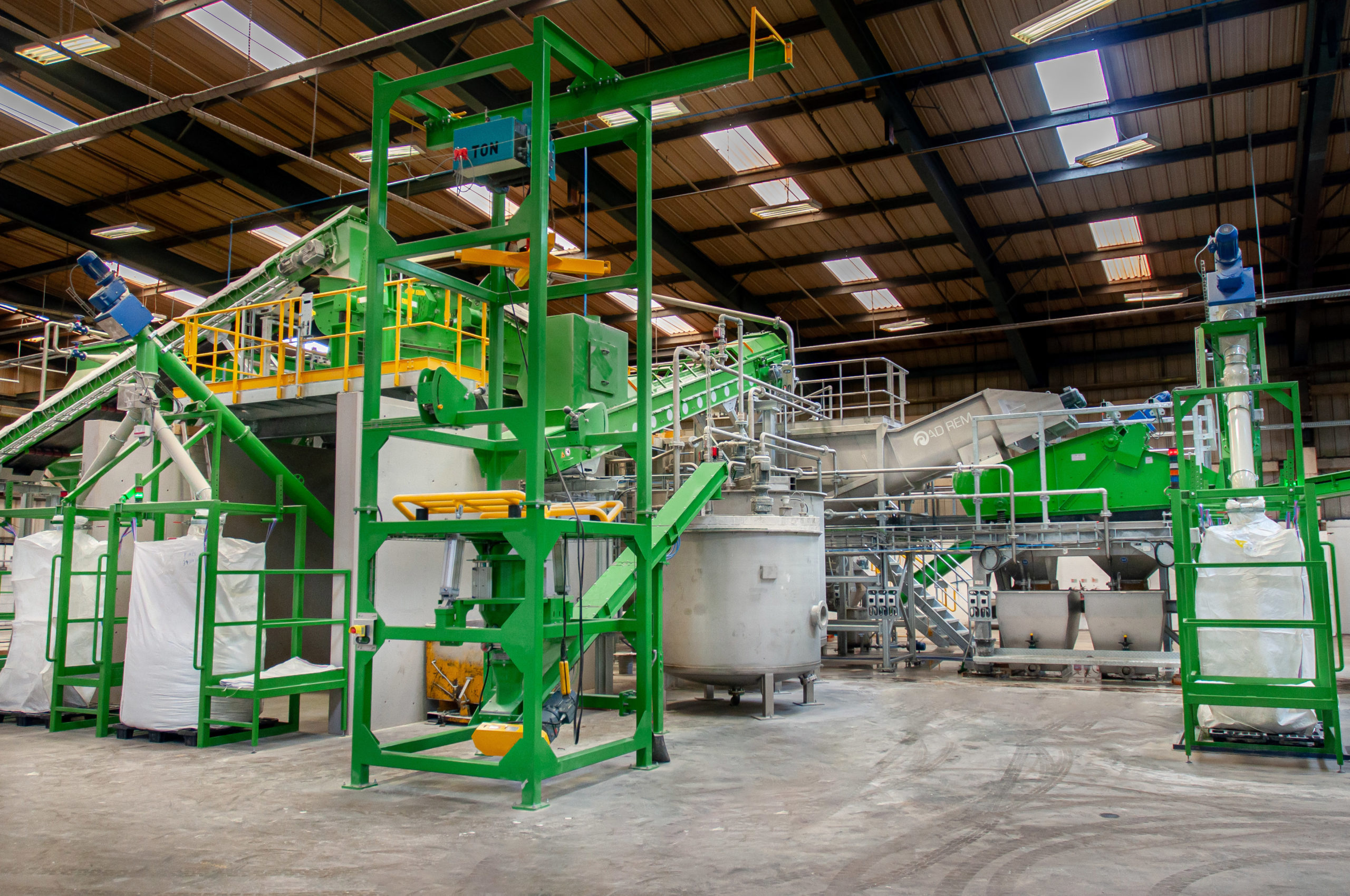 AO.com is a large retailer selling all kinds of home appliances such as washing machines, dishwashers and fridges. Their recycling branch was looking for a solution to recycle the fridge plastics, so they could be re-used in new fridge production. Service company All Controls brought them into contact with Ad Rem.

“There are many different types of waste plastics out there. Before we get ahead of ourselves, let’s have a look at why we should recycle WEEE plastics in the first place”, says Jelle Saint-Germain, sales engineer at Ad Rem. “Over four million tons of E-waste is collected in the EU and UK annually, of which more than 500.000 tons is recyclable PE, PP, PS and ABS. Currently, most of those plastics are not being recovered. Of course, this is a tremendous waste of potential resources.”

To tackle this problem, Ad Rem and Hamos have combined forces to develop a unique process. “We start with the WEEE plastics mix and send it through the Ad Rem flotation, operating on a density of 1.09 specific gravity”, states Jelle. He continues: “this means one liter of medium weighs 1.09 kilogram. To obtain the correct density, we add a patented pH-neutral agent to water. As opposed to the traditional use of salt, this agent does not dissolve into water, but remains in suspension, which enables us to recover and reuse it. It is a cheap substance that does not interfere with the electrostatic separation downstream, which is why this technology is so suitable to combine with the Hamos technology.”
In subsequent steps, the PE/PP is separated from the PS/ABS in a second flotation tank running on water, after which the PS/ABS is separated using the Hamos electrostatic line.

The proposed process has been vigorously tested by both parties and as a result, AO Recycling has decided to invest in such a plant. Using the complete technology chain from Ad Rem and Hamos as described, they are now turning the mix of shredded fridge plastics into virgin ABS and PS.
The plant has been commissioned in October and is currently fully operational. It processes 4 tons per hour of fridge plastics, for a total yearly throughput of 20.000 tons.

Together, Ad Rem and Hamos will continue to fine-tune the process. Ad Rem has already sold their next similar project in Japan, where 40.000 tons of plastics will be turned into a new resource every year.

Kuusakoski: new copper centre to recycle all cables in Finland