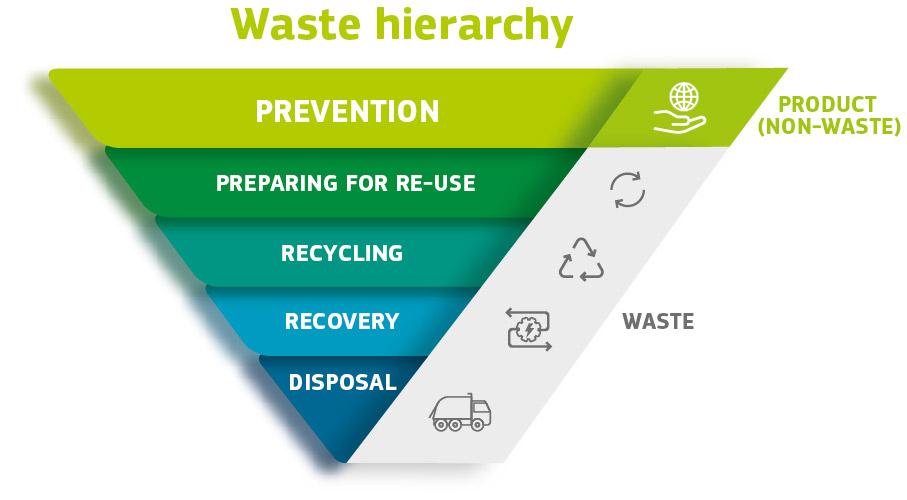 One of the goals is to give entrepreneurs in this industry, project initiators, investors and the public, a better insight into a rapidly growing circular economy. At the same time, this article series should also be a stimulus for discussion.

For the sake of completeness, we would like to emphasize that these articles are no legal advice from Weibold or the author. For legally binding statements, please refer to the responsible authorities and / or specialist lawyers.

Confusing definition in the EU

In the EU, pyrolysis plants were generally defined as ‘incineration plants’ within the framework of Directive 2000/76/EC (Article 3 (4)) on the incineration of waste (WID). This definition was adopted unchanged in the subsequent, now valid Directive 2010/75/EU (Article 3 (40)) on industrial emissions (IED).

This (factually incorrect) classification of pyrolysis as ‘waste incineration’ is mitigated in the current law to the effect that this only applies to systems whose outputs are subsequently incinerated, but the confusion remains.

Even if a pyrolysis system is implemented as an upstream system for a Waste-to-Energy project (WtE), which is practically never the case with the chemical recycling (pyrolysis) of End-of-Life tires (ELT) anyway, this does not change the fact that pyrolysis per se is not combustion.

Nevertheless, some non-profit organizations keep arguing that pyrolysis is a combustion technology. Since this assertion cannot be upheld factually, they probably based it on the confusing legal texts.

Pyrolysis is not combustion

Pyrolysis is an irreversible chemical decomposition caused solely by a rise in temperature (ISO) in an inert environment (UIPAC) which is neutralizing the ability to support combustion (ISO). Therefore, by the basis of this definition the main process of a pyrolysis unit is never incineration.

Pyrolysis of waste rubber and End-of-Life tires is a chemical recycling operation by which waste materials are reprocessed into chemical products (recovered Carbon Black according to ASTM D8178 and pyrolysis-oil) to become input feedstock for chemical plants and other industries. Therefore, chemical recyclers are both waste managers and manufacturers of new substances in the sense of the circular economy.

This (modern) classification was already followed in 2004 by the German Federal Environment Agency (UBA) in its data sheet “Best Practice Municipal Waste Management” (SWSM-04_TYR) under the heading “Suitable or recommended recycling methods and strategies” for ELT: “Another option for (…) recycling is pyrolysis. The gas can be used as an energy source (…). The pyrolysis oil can be used as a raw material for various products (…).” (Translation from German by the author)

In practical terms, this modern view anticipates today’s definition of waste-to-feedstock, or chemical recycling, nearly 20 years ago. In contrast to the USA, however, this does not appear to have been reflected in the applicable legislation (nor in the regular revisions of the Best Available Techniques Reference Documents as part of the Seville process).

A sensible move by the US EPA

(Also) in the USA there is considerable confusion regarding pyrolysis due to linguistic (and factual) ambiguities in the regulations (e.g., Clean Air Act, CAA, Section 129).

The United States Environmental Protection Agency (EPA) therefore issued an advance notice of proposed rulemaking (ANPRM) to assist in the potential development of regulations for pyrolysis and gasification units on August 31, 2020.

Therefore, EPA proposes amendments to the Other Solid Waste Incineration (OSWI), New Source Performance Standards (NSPS) and Emissions Guidelines (EG) rule. The proposal provides technical clarifications on pyrolysis units and “states that pyrolysis is not combustion” and thus, pyrolysis units should not be regulated under the OSWI rule.

ELT Pyrolysis: Explicit exemption in the US

In essence, the above EPA perspective is not new. Because in the USA, ELT pyrolysis systems are already explicitly excluded from the definition as municipal waste combustion unit in current federal law (40 CFR 60.1465).

Municipal waste combustion units do not include pyrolysis systems at a rubber recycling unit where rubber or rubber tires are the only feed materials in an integrated processing unit and are processed and marketed to become input feed stock for chemical plants or petroleum refineries. (§ 60.1020(h))

In an official statement to the EPA (which was published on their website), Weibold supports the correction of an erroneous classification of chemical recycling (pyrolysis) and advocated an identical adjustment in the EU regulations.

This support by Weibold is based on the fact that modern chemical tire recycling (pyrolysis) plants produce environmentally friendly chemical raw materials, and thus they support the overarching and specifically specified goals of the EU Green Deal and the UN Sustainable Development Goals. In addition, chemical tire recycling (pyrolysis) can make a significant contribution to reducing GHG emissions in the manufacture of tires.

The International Organization for Standardization (ISO) defines pyrolysis (chemical recycling) as an irreversible chemical decomposition caused solely by a rise in temperature in an inert environment which is neutralizing the ability to support combustion.

Therefore, by the basis of this definition the main process of a pyrolysis unit is never incineration.

Chemical recycling of waste rubber and waste tires through pyrolysis is a recycling operation by which waste materials are reprocessed into high demanded and sustainably produced chemical products (Recovered Carbon Black and pyrolysis-oil) to become input feedstock and sustainable replacement for fossil-based materials in chemical plants and other industries.

An example is given: During the 3rd International Recovered Carbon Black Conference 2021 in Amsterdam (The Netherlands) two world market leading tire manufacturers enounced their serious intent for increased use of Recovered Carbon Black (rCB) from end-of-life tires. Both solidified the opportunity of reducing the entire tire industry’s reliance on petrochemicals without introducing performance trade-offs.

The potential of replacing virgin materials with tire-pyrolysis-derived Recovered Carbon Black (ASTM D8178) as a new and valuable nano-material in new tire production has been calculated to reduce CO2 emissions by up to 85%.