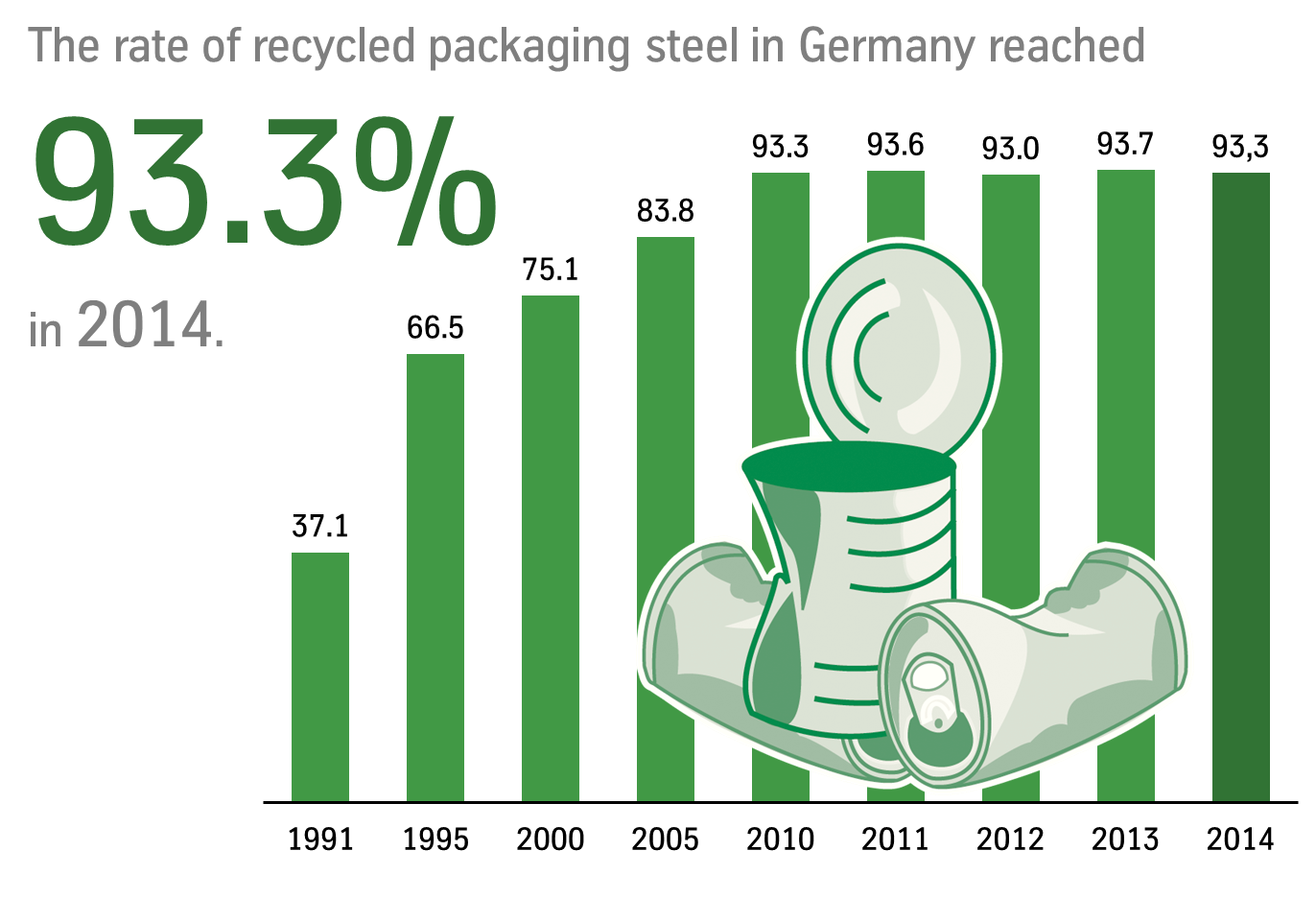 For the large share of packaging from private consumption, the quota for material recycling is still higher: it was 95.9%. The Gesellschaft für Verpackungsmarktforschung (GVM) [Association for Packaging Market Research] has now published the figures for 2014 in its annual “Recycling Balance Sheet for Packaging.”

The quotas determined are slightly below the values for the previous year, when overall recycling of 93.7% and recycling from private end consumption of 96.6% were measured. The slightly declining overall consumption quantity of 487,700 tonnes relies, according to the estimation of the GVM, among other things on the declining weight of cans and beverage cans, as well as Tinplate closures such as crown seals.