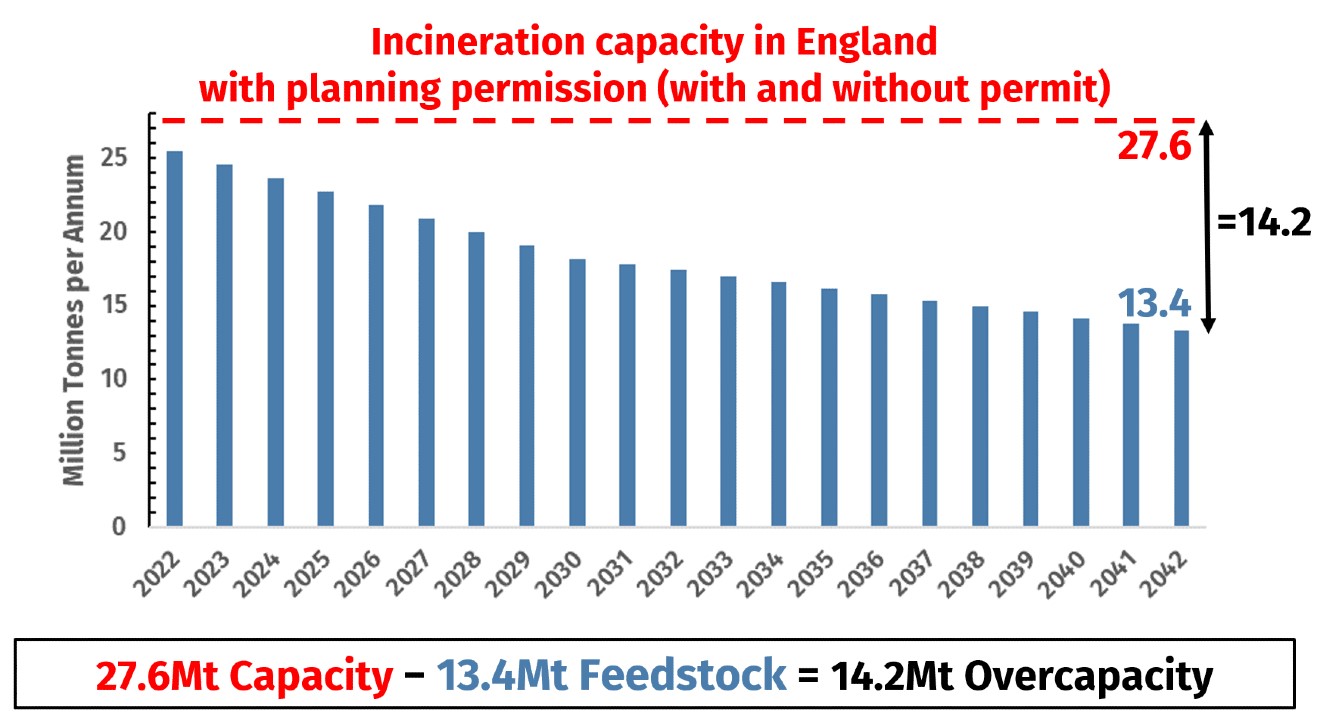 According to UKWIN’s National Coordinator, Shlomo Dowen: “To support the circular economy, both Wales and Scotland have already called a halt to further incineration capacity. A moratorium on new incinerators in England would send a clear signal that investment should target reduction, reuse, and recycling”.

Incinerators need both planning permission and an environmental permit to operate. An immediate moratorium that prevents the granting of new permits would cap incineration overcapacity at around 8.5 million tonnes.

In its 2022 report to Parliament, the Climate Change Committee (CCC) warned that “action is required to avoid an over-reliance or over-capacity of incineration”, stating that unchecked growth of incineration could “undermine the sector’s contribution to UK emissions targets and efforts”.

In June, the CCC called on the Government to “urgently complete and publish an up-to-date assessment of residual waste treatment capacity needs for the UK out to 2050, consistent with committed and proposed targets…”

In response to this, UKWIN launched a ‘write to your MP’ campaign calling for an immediate moratorium on the granting of planning and permitting consents for incinerators until the assessment recommended by the CCC is completed.

More details of the study